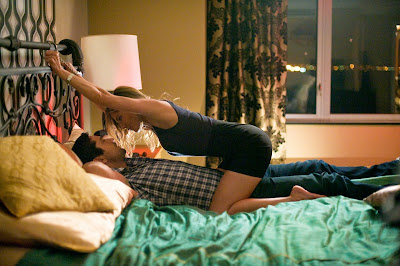 Oooh, this is sexy, isn't it? But is enough to make audiences not want to claw their eyes out watching what by all indications looks like a very formulaic romantic comedy? Milo Boyd (Gerard Butler) tries to resist the charms of his bail-jumping ex-wife Nicole Hurly (Jennifer Aniston) in Columbia Pictues' upcoming release THE BOUNTY HUNTER. Credit: Barry Wetcher/SMPSP

DIARY OF A WIMPY KID (Fox)